Mr. Rappaport has over 30 years of real estate investment experience. Beginning in 1982 he was a General Partner in Charles River Park, where he managed the daily operations of the mixed-use development which generated over $40,000,000 in annual revenue. Also during the 1980s, he personally purchased, repositioned, and sold several properties in Hawaii, including the Kauai Resort Hotel. From 1991 to 1994, Mr. Rappaport served as President of Charles River Properties, Ltd., overseeing company operations, investments, and public affairs. Mr. Rappaport is actively involved in numerous civic and charitable organizations, including serving in a number of leadership positions for the Combined Jewish Philanthropies. He is also a member of the Board of Trustees for the Dana Farber Cancer Institute as well as the Board of Overseers of Boston's Children's Hospital.

Jim was co-founder and chairman of Park Transit Displays Ltd., which managed the outdoor advertising contract for the M.B.T.A for almost eight years, growing revenues from $3.5 million to over $15 million. In addition, Jim co-founded and was Chairman of Silent Systems, Inc., a technology company that built the first silent computer, reaching revenues over $12 million before it was sold to Molex Inc., a major computer aggregator.

Mr. Rappaport is a member of both the Massachusetts and Vermont Bar and holds a BS from the Wharton School of the University of Pennsylvania and a JD from the Boston University School of Law. 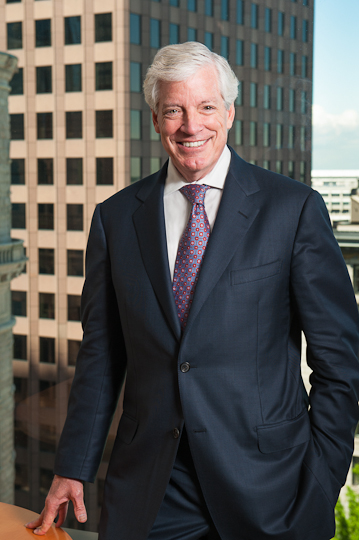